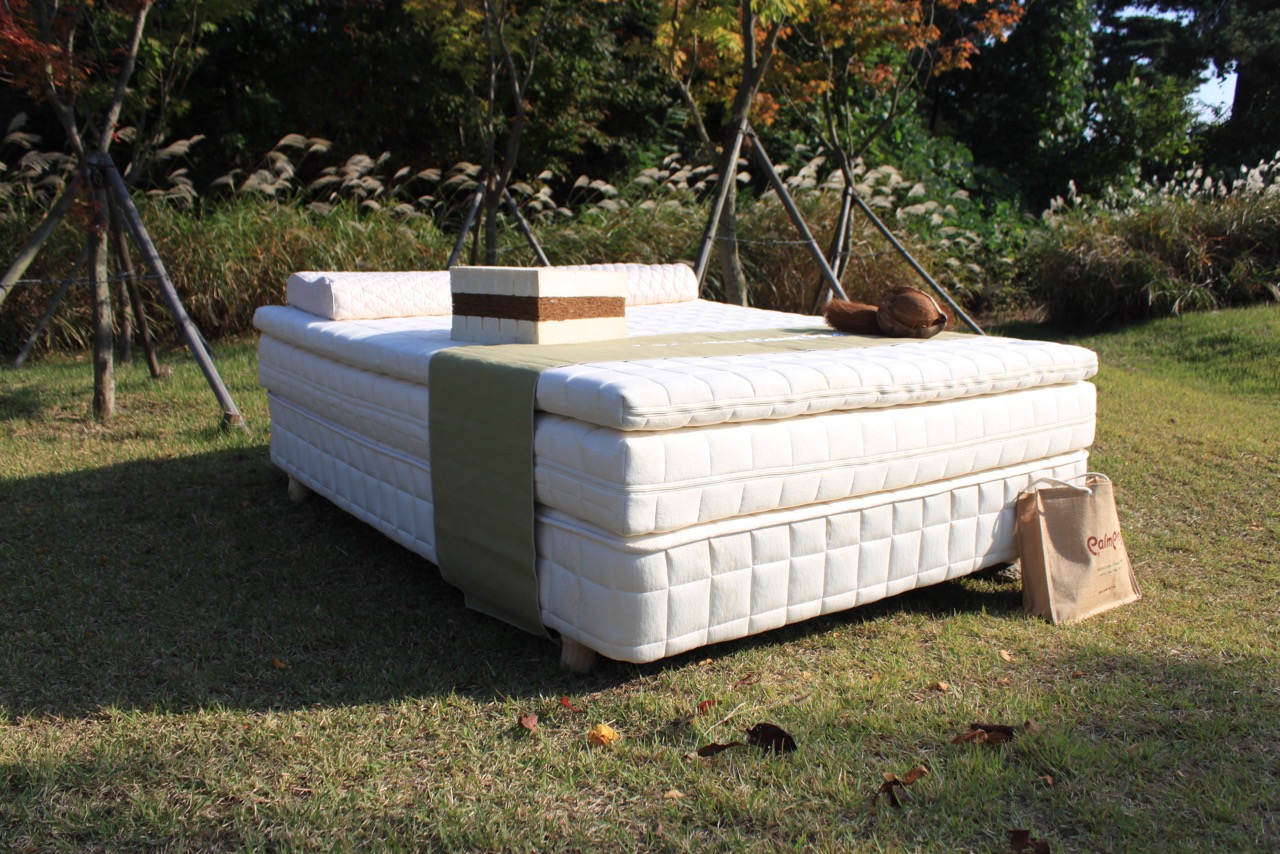 Palmpring was founded in South Korea in 1996 by Dae-seob Kim, who loved the outdoors. A visionary of green living, he believed that green products were going to be the wave of the future.

While working for a fabric company to produce "needle punched coir pads" to cover the metal springs inside traditional mattresses, he conceived the groundbreaking idea to replace the metal springs by using palm coir (coconut fiber), resulting in an all-natural mattress. Next, he developed a method of coating the coir with organic latex derived from rubber trees to give the palm coir a spring-like function. Because palm coir by itself is too firm for most bodies, he added a layer of organic latex to give it some cushion, which evolved into Palmpring's signature "sandwich style," where one layer of coir alternates with a layer of organic latex.

The Palmpring mattress went through many tests for pressure, harmful substances, flammability, and so forth. For two decades, Palmpring has been offering a blissful night's rest to thousands of satisfied customers.